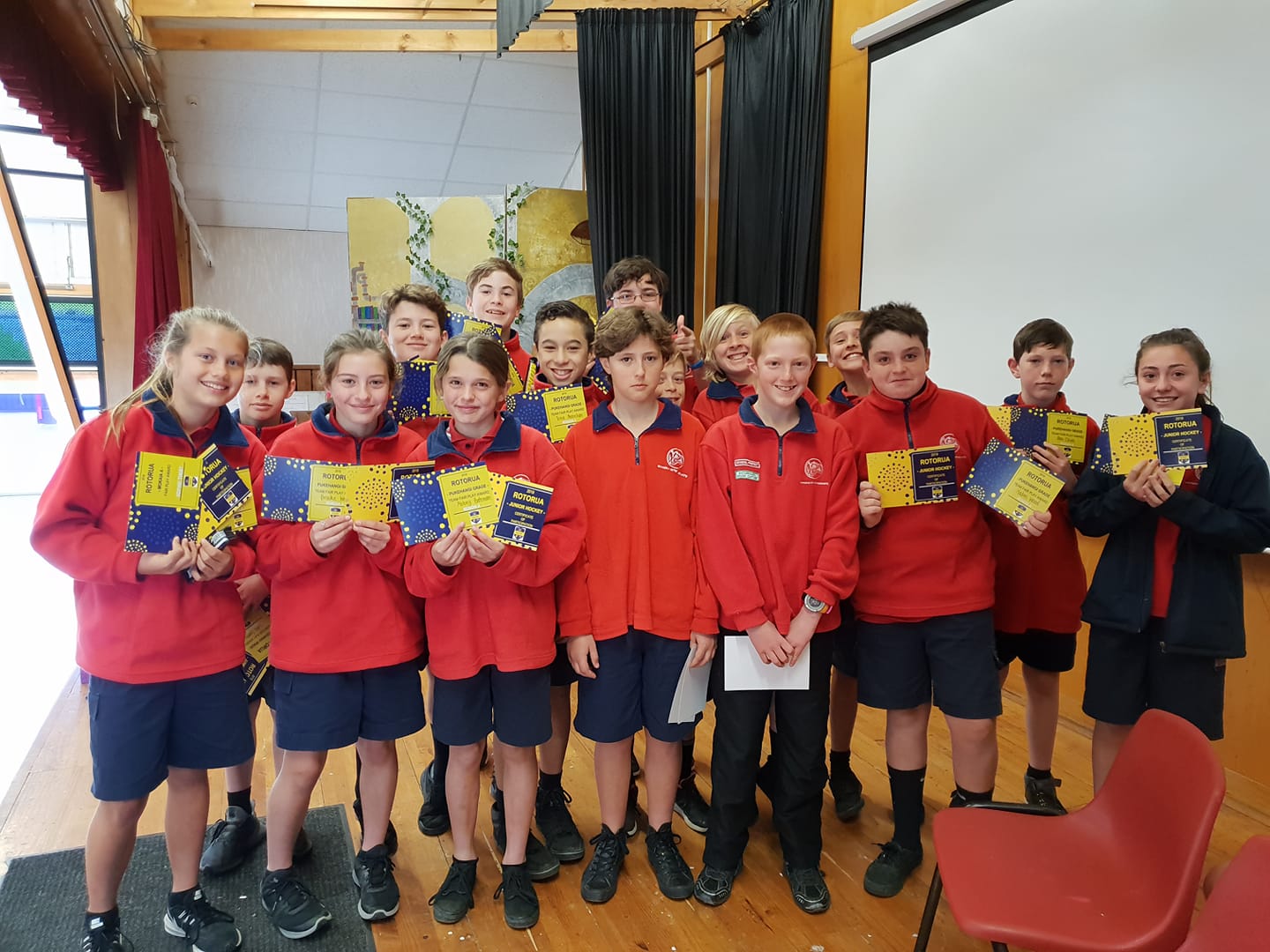 The past week has been busy for me representing different National organisations in Auckland and Wellington. An Iwi Partnership funding application hui with our COL ( Community of Learning) at the Ministry of Education in Rotorua. A trip to Tauranga on Wednesday to meet the Minister of Education Chris Hipkins with a select few of Principals from  around the Bay of Plenty. A good opportunity to share and listen to the Minister. It was good getting back in to school yesterday and celebrating the excellent work going on at Mokoia. Everyday is something new, school is busy and speeches are the focus that students are working on currently. Thanks to Whaea Jackie and the Learning Centre Leaders who carry the school when I’m away on business. Keep working hard staff everyday is busy for you too. Thanks to our Support Staff for all your help and effort you put in to our students. I appreciate everyone at school and your commitment to Mokoia Intermediate.

We are Limitless! We are Passionate! We are Mokoia No.1!

Matua Rawiri and the Mokoia “A” Team

Our School band competed against 13 other Intermediate schools from the Western Bay Of Plenty in the regional finals of Bandquest. A real Battle of the Bands. We were the only band from Rotorua competing. The event is organised throughout New Zealand by  Rockshop New Zealand and was held in the Otumoetai College Hall, Tauranga. Our band performed two items "My Sharona" and "Come Together". We were placed 4th in the competition, the band performed brilliantly and were awarded best vocals to Ian and Caitlin. As usual the standard of all the competing bands was very high. A great evening supported by parents and staff. The Band line up consisted of Ian on vocals, Caitlin on vocals and keyboard, Liam and Oscar on drums and congas, Dylan on rhythm guitar, Sam on bass guitar and Joel on Lead guitar. Congratulations "Feedback" you were all amazing.

Congratulations to Sara, Jasmin, Sam and Cameron who were our house draw winners this week and won a $10 Pita Pit voucher each. These students consistently display the school’s values.

Thank you to all of our whanau for their support. It was an excellent evening with Pio Terei, who gave us awesome strategies and tips for dealing with our tamariki. 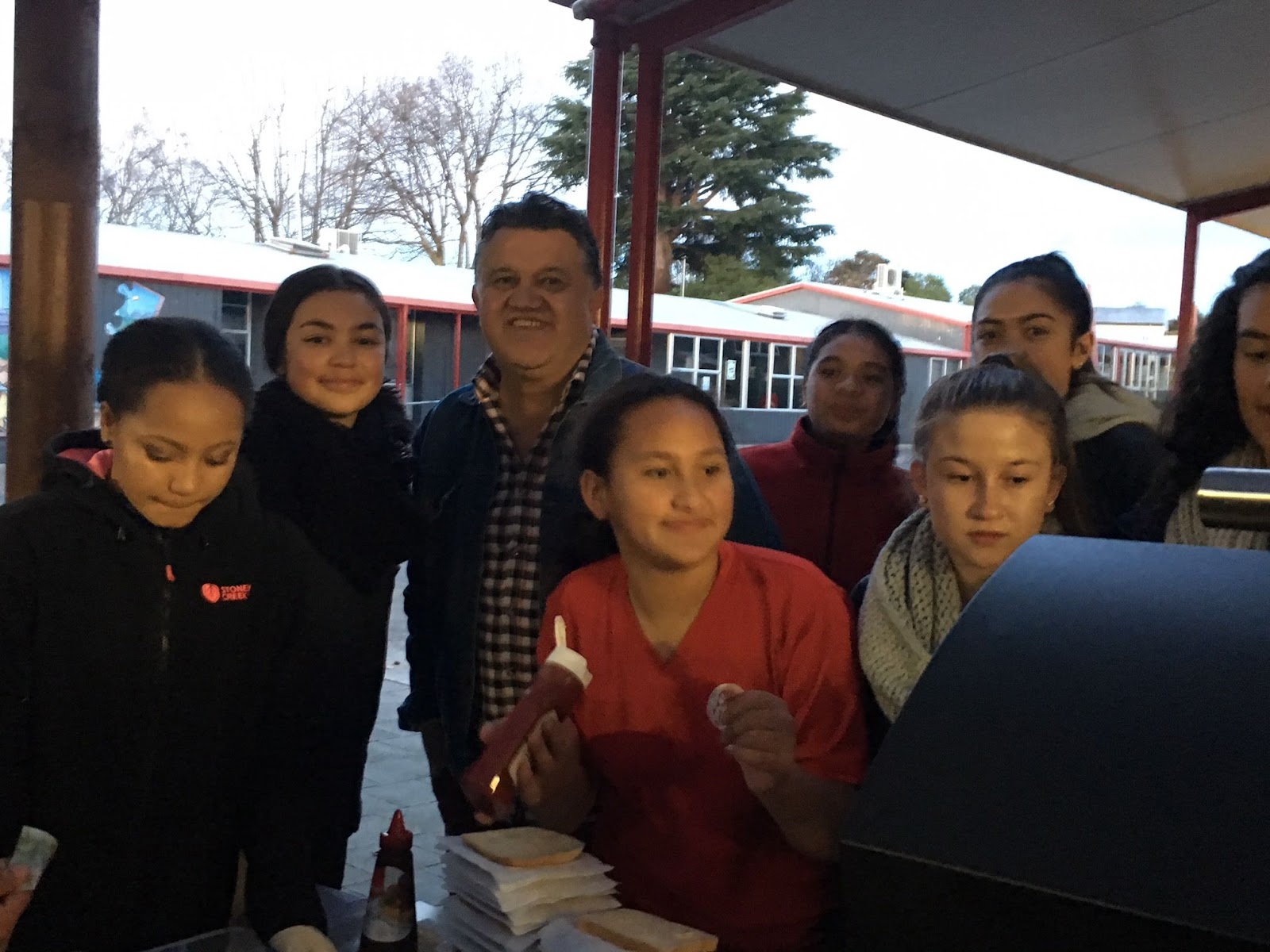 Thank you to Freshchoice for their kind donation of $500 to help our AIMS Netball girls participate in the AIMS tournament this year.  Their support is gratefully appreciated and we acknowledge their generosity.

Enrolments are now being accepted for the 2019 academic year.

Ideally, we would like to receive all enrolments by the end of Term Three, 28 September as this will allow us time to meet with your student and their current teachers as well as discuss any relevant learning needs. Of course, enrolments will be accepted after this date as well.

Enrolment forms are available on our website. Go to ABOUT and then click on Enrolment. Forms can also be found in the school’s Prospectus which all students received when they visited our school. Prospectus’ are also available from the Mokoia School Office.

Any questions or queries please phone the Rotorua Lakes High School Office on 3456-124 and leave a message or alternatively phone Helen Atkinson Year 9 Dean on 3456-124 EXT: 234.

PLEASE NOTE: We will only offer places in our streamed classes to students who have enrolled and who sat the Streamed Class Entrance test.

Our official last day for 2018 is Friday 14th December.

Digital technology fees for term 3 are now due. Please pay promptly to ensure your child has individual access to a personal technology device. All unpaid bills will result in your leased laptop being returned to the library for general use.

Uniform is now purchased from the school office with the exception of the Soft Shell Navy Jacket which can only be purchased at ‘The Rugby Shop’ in Maisy Place for $65.00. (We have a contract with a new supplier and retailer from the end of the year.)

Wanted: The Technology Department are looking for resources that can be recycled and used in our programme. If you have any they can be delivered to reception.

We thank you in advance

(A reminder to coaches and managers to forward their draws and results to jjones@mokoia.school.nz.) 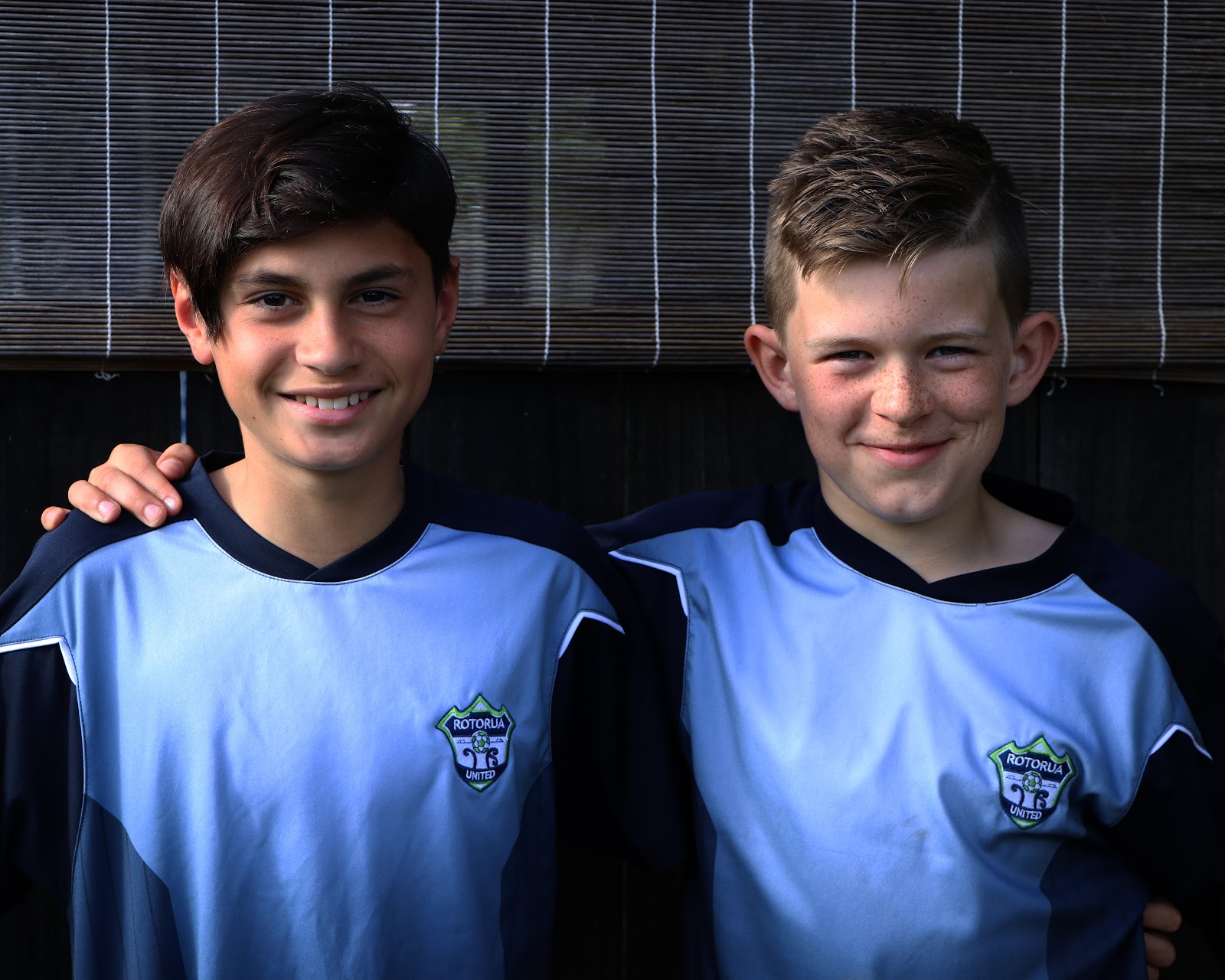 Congratulations to Cameron Smith and Herewini Insley. They both helped Rotorua United Under-12 Federation Football team win the Waibop Division 1 League title. In what turned out to be a very challenging season playing against tough competition with teams from Waikato and the Bay of Plenty.

The Rotorua United Under-12 Federation Football team have been very strong proving their worth as they played the season out. On Sunday they claimed the WaiBop title. United are the only Rotorua side in the WaiBop Junior Federation Under-12 Boys' competition, which has a total of 14 teams. Otumoetai Football Club were top of the table on 18 points and Rotorua were second with 15 points, but having won the game on Sunday against Melville at Puarenga Park then put Rotorua equal on 18 points they will share the title.

Waibop organisers have recognised and awarded both teams as the joint League winners.

The first stage of the competition was split into two sections, Waikato and Bay of Plenty. Rotorua finished second to Otumoetai to qualify for Division 1 in the Championship round. They lost a game to Blue Rovers early on in that round, in a game that they should have won, but have since gone unbeaten.

Herewini and Cameron have both shown there fitness and displayed there skills and been consistent throughout the season in every game and are proven valued players of this squad.

No strangers to the competition Herewini and Cameron both played Federation last season in the same team after they were recognised by coaching staff and asked to play up a year in age group. Both boys earned their place in the team and proved their worth in that season.

As well as the Federation team, Cameron and Herewini have both been selected in the WaiBop Weir Rose team. The prestigious Weir Rose Bowl development tournament, held in Cambridge in October, has been running for more than 60 years and is recognised as being one of the best development tournaments available. Having attended selection camps with players from all over the Waikato and Bay of Plenty, players are then selected to form a squad that will play against teams from Auckland and Northlands for the prestigious Weir Rose Bowl. Cameron and Herewini are now part of that squad representing Waikato and the Bay of Plenty. 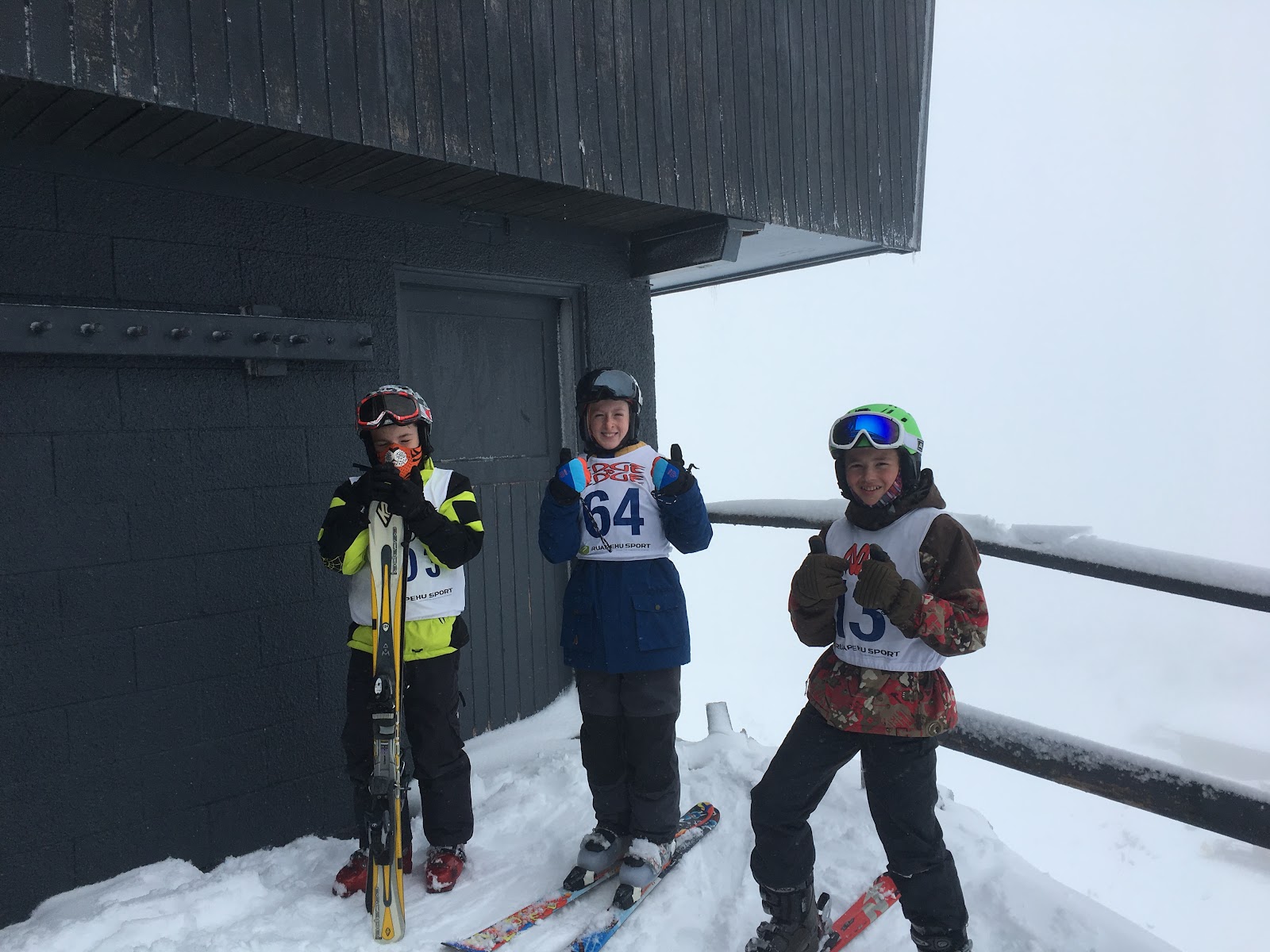 The Mokoia ski team – Logan Morley, Euan McLeod and Samuel Trass ready for racing! Unfortunately all racing was cancelled due to too much snow!

However, the boys persevered, made some jumps, had their own races battled against other clubs, slid down snow covered roofs and generally had a great time.

We are proud of the way the team has developed during the season. They have grown into skilled players who are all full of enthusiasm, fun and they support each other during trainings and games. They listen to advice and are always trying to improve themselves. Congratulations on a fantastic 5-0 win against RIS! Placed 3rd overall in A grade. 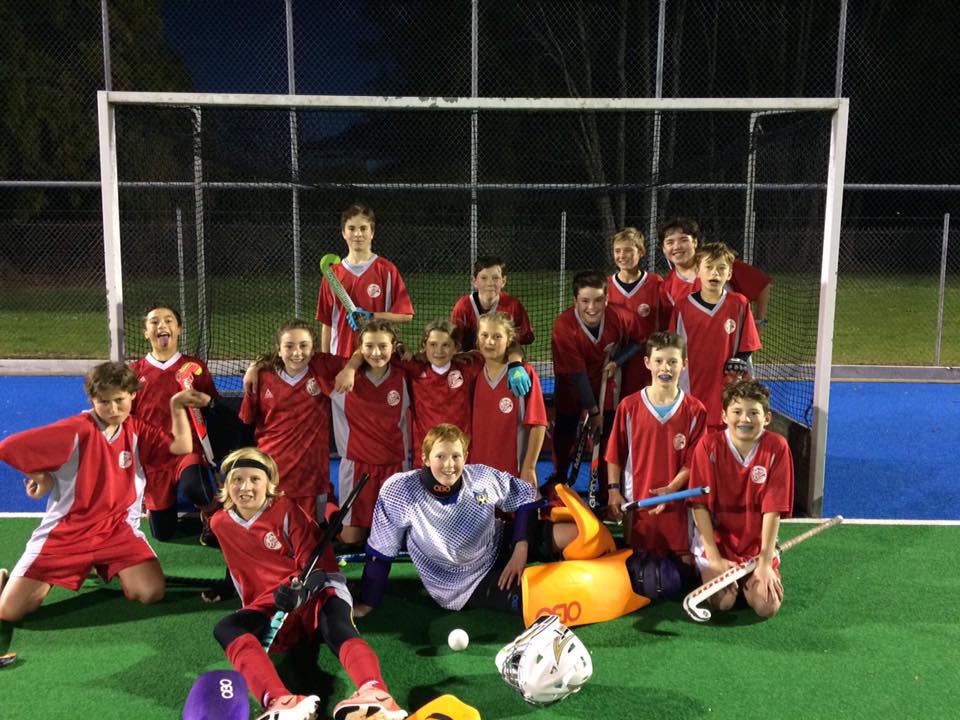 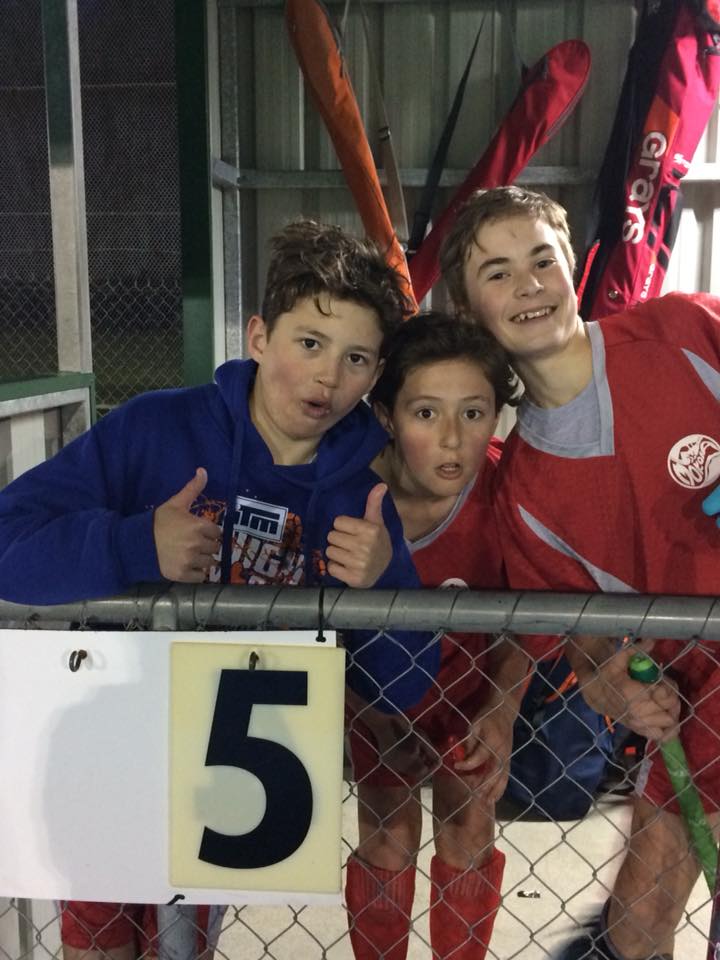 What a fantastic way to end the hockey season. Mokoia Red played an epic game verses Mamaku and won 6 - 0. This earned them a well-deserved third place in the grade! Player of the day was Jazmin.

They had prize giving after the game. Bella got fair play award, Riley got most improved and Isaac got most valuable player.

Well done to the whole team, they had a fantastic season. A big thank you to Kristen O’Driscoll for her time and efforts in managing the team. 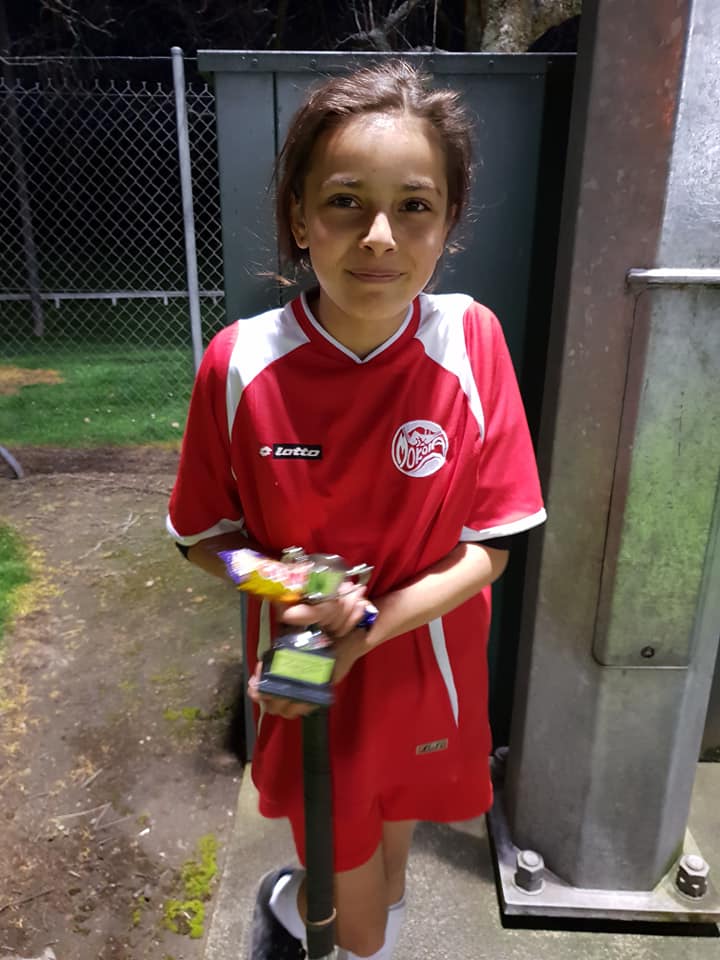 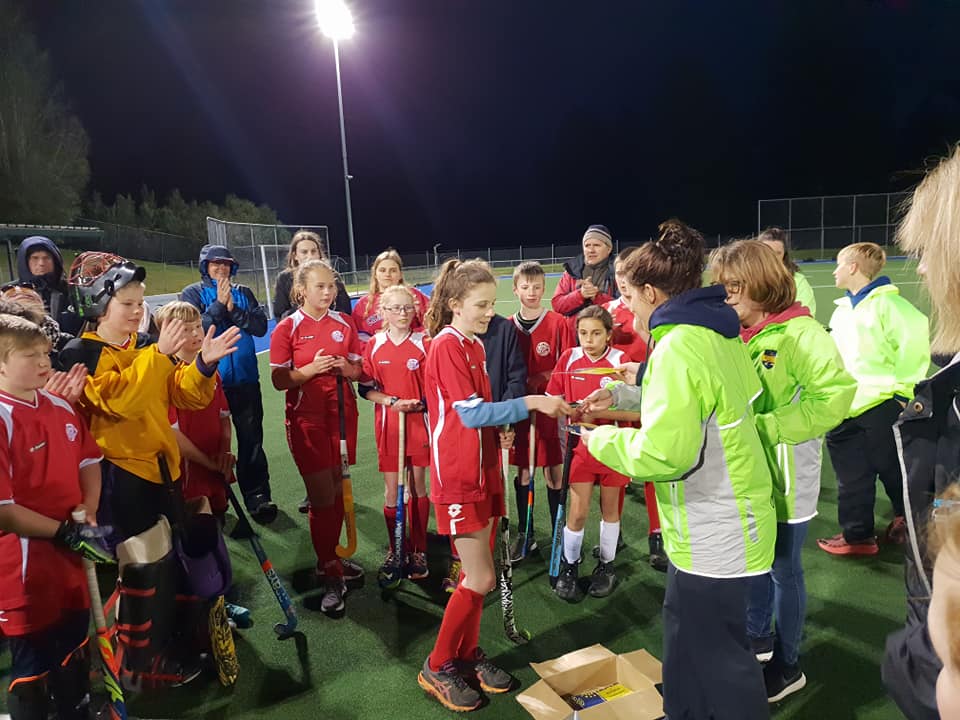 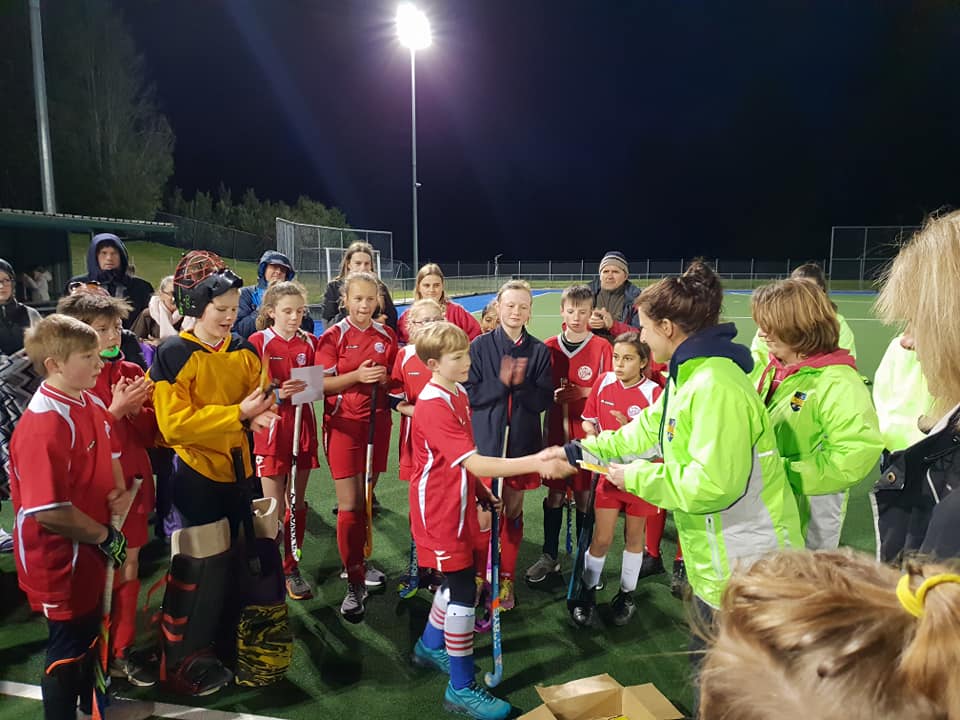 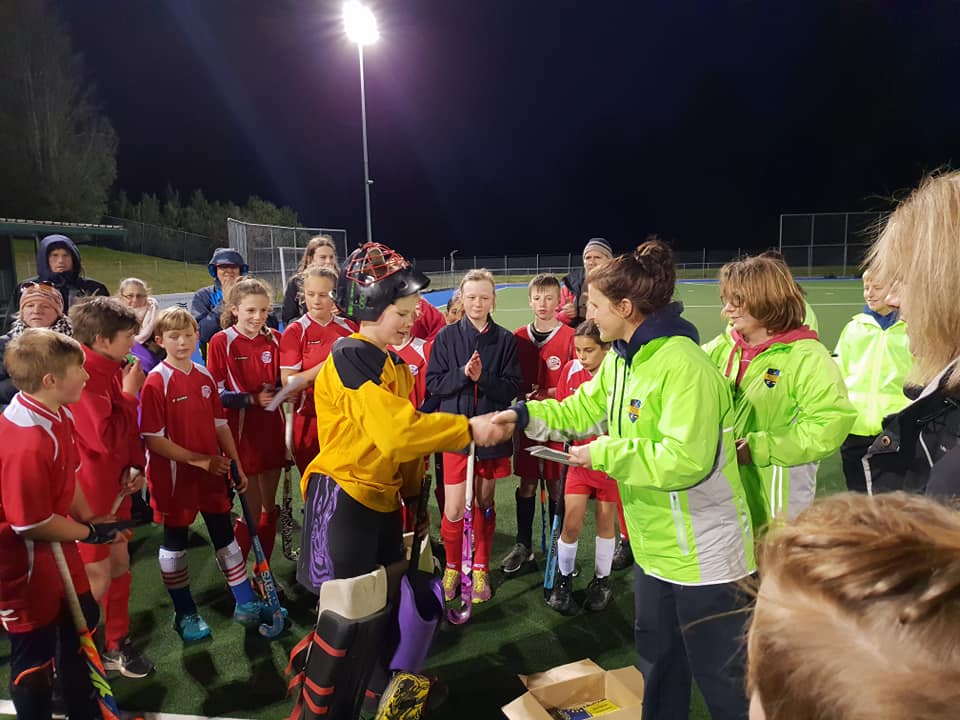 Congratulations to the Mokoia Rugby 7s Kotiro and Tama teams for playing with determination and skill. 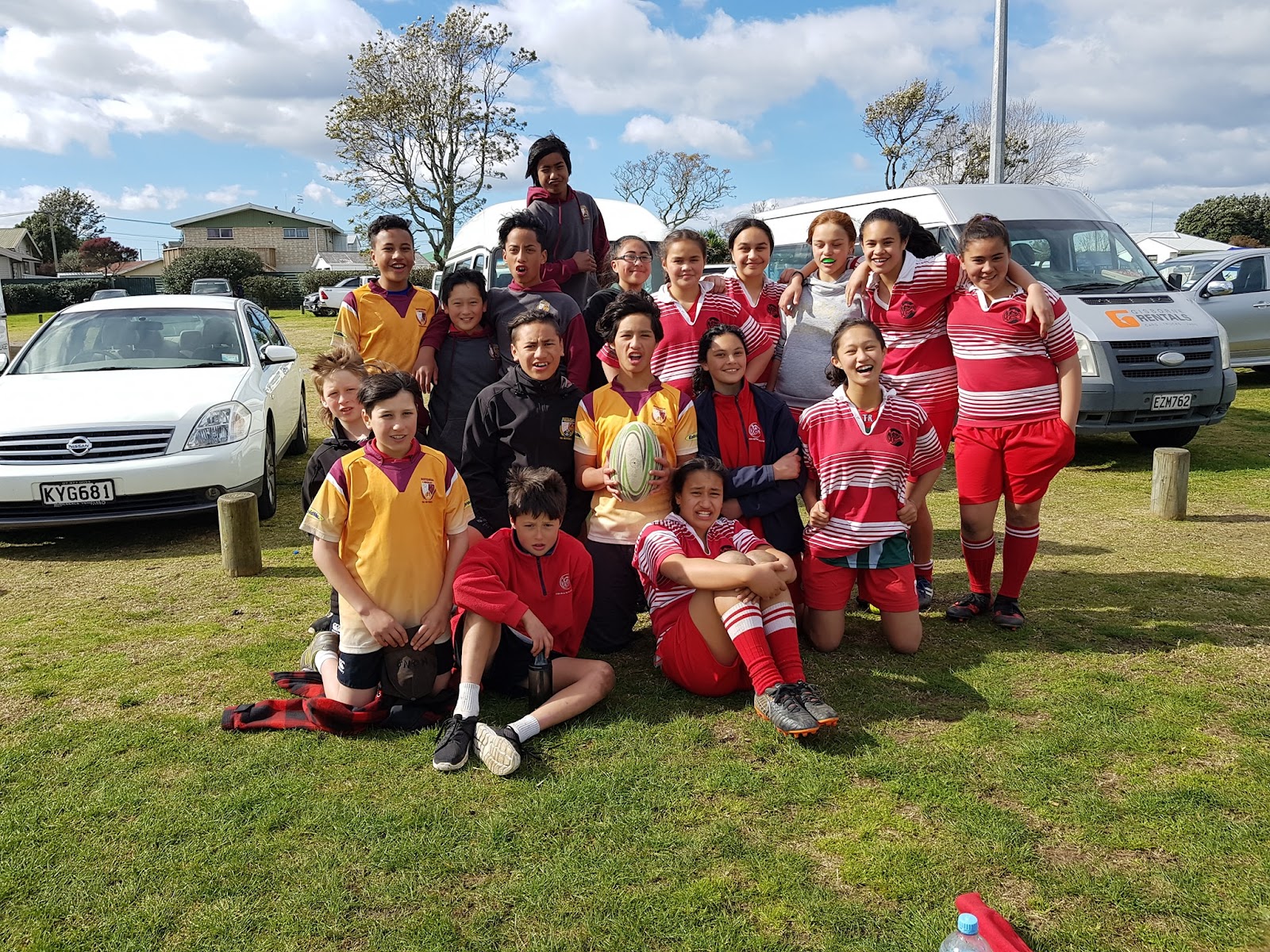 Now that we aren’t issuing a folded paper newsletter, we welcome those of you with businesses to advertise on our new look newsletter.  We charge $10 per week. 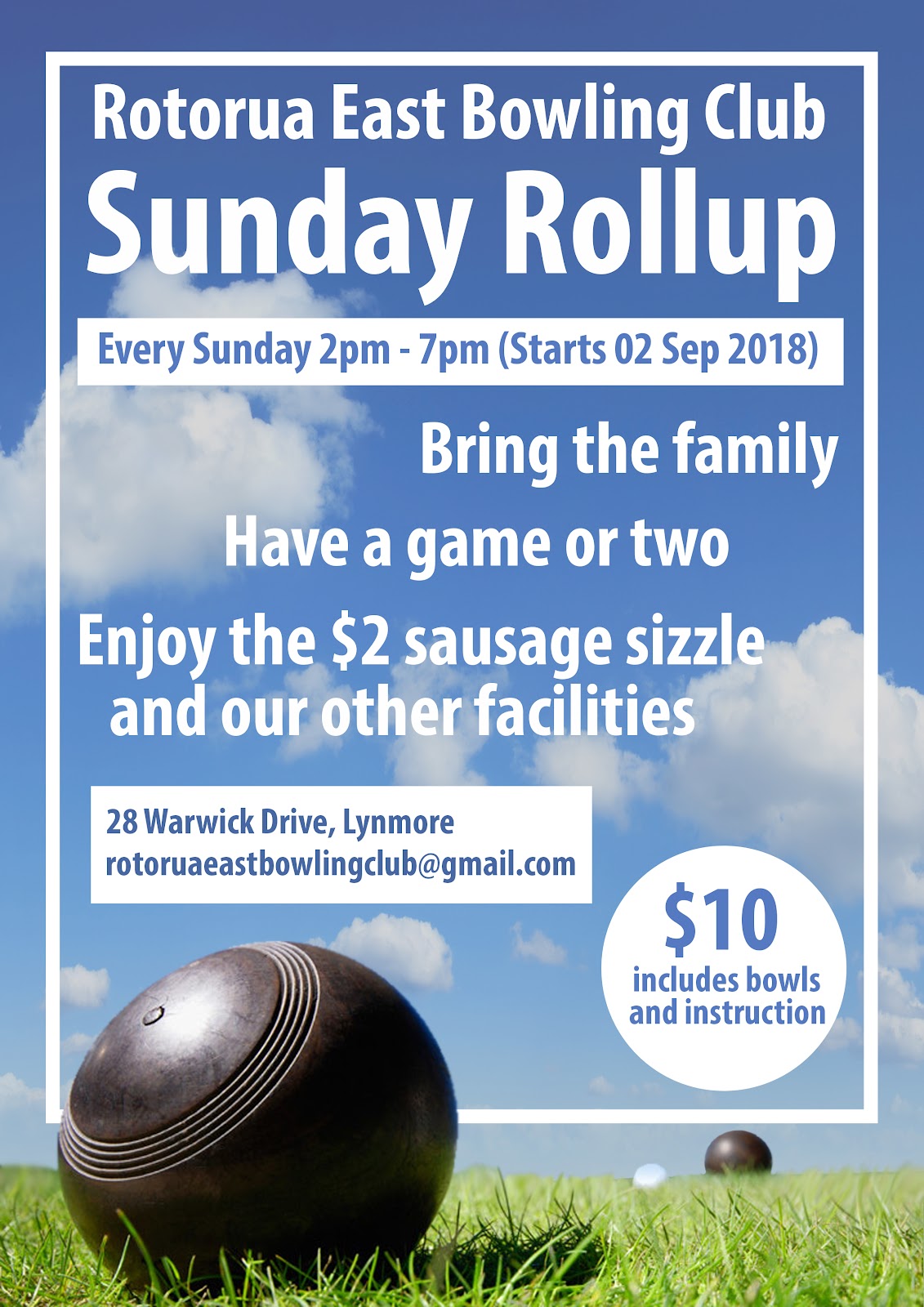 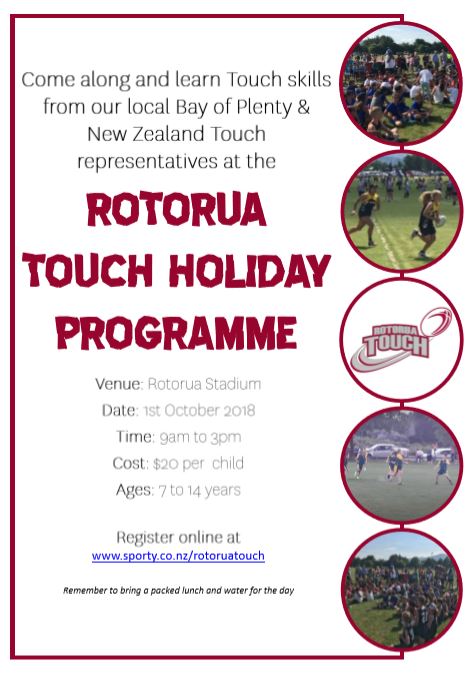 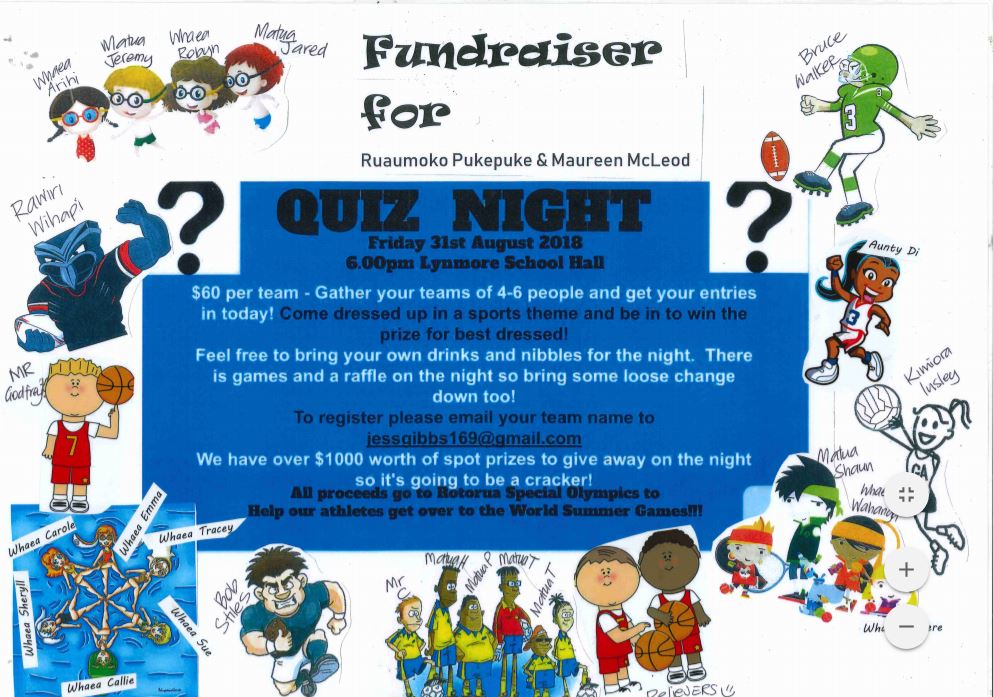 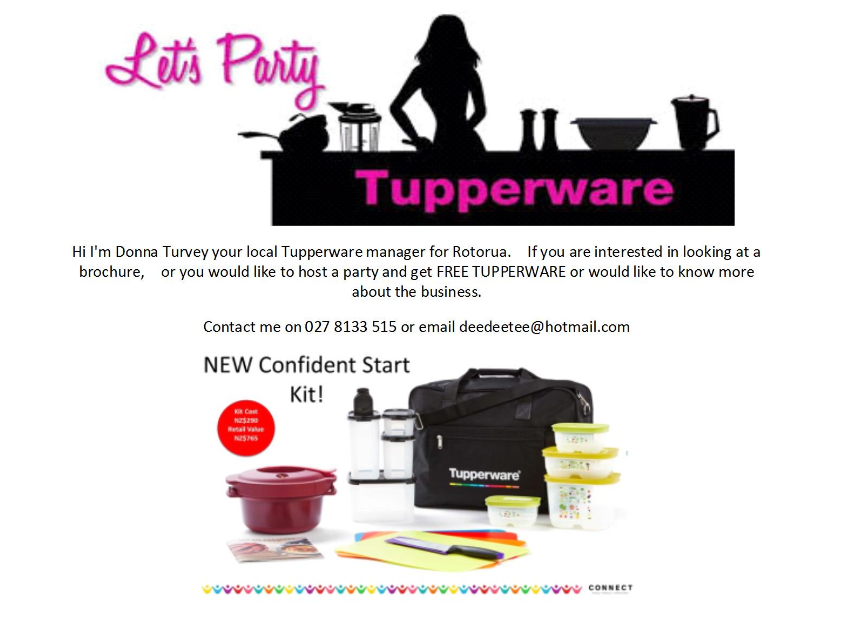 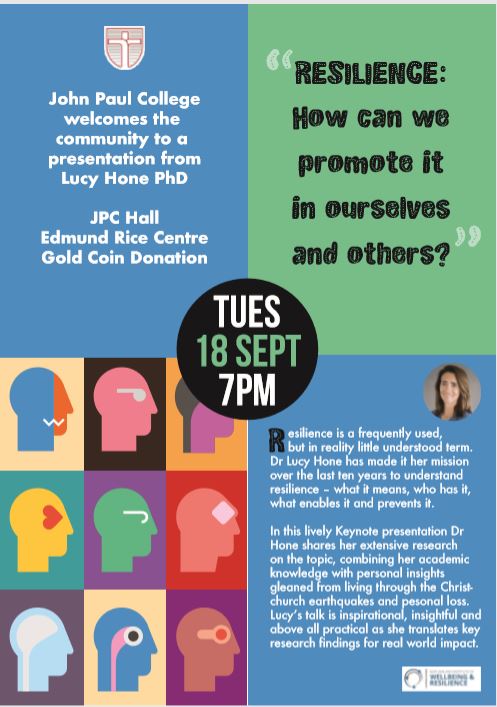 Home   About Us   Enrolments   Parent Zone   Student Zone   Contact Us